Southeast Alaska has the mildest climate in the state and is known for its lush temperate rainforest and dependence on the ocean for transportation and commerce. The major population centers are Juneau, the state capital, Ketchikan, and Sitka, all accessible only by boat or plane. The region is serviced by the Alaska Marine Highway System and many airports for transportation. 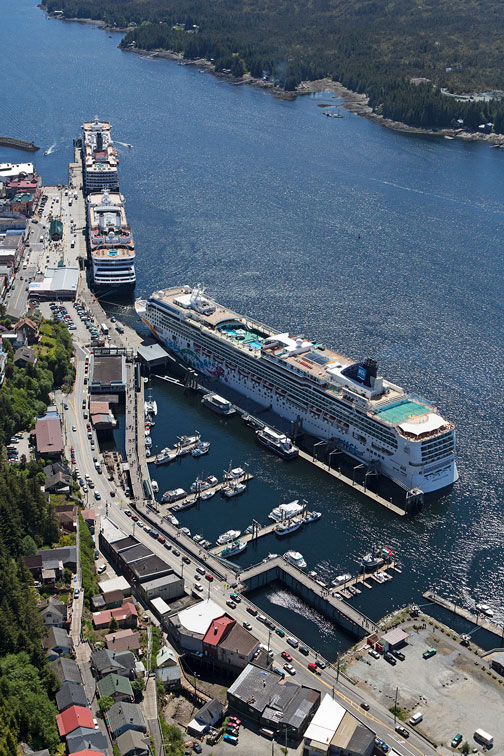 The Tlingit, Haida and Tsimshian Alaska Native people all hail from Southeast, where cultural tourism is driven by the cruise ships which ply the famous Inside Passage. Fisheries in the region’s sheltered waters – including all species of salmon, halibut, black cod, and Dungeness crab – drive the economies of most of the small island communities. From St Michael’s Russian Orthodox Cathedral in Sitka to the frosty majesty of the Glacier Bay National Park, the visitor industry is a powerful economic force in the Southeast Region.

Employment in state government, centered in Alaska’s capital city of Juneau, rounds out the region’s major economic drivers. By employment, the largest sectors are retail trade, health care, accommodations and food services. Although substantially diminished since its heyday in the 1970s and 80s, logging continues on private land in the Tongass Forest.